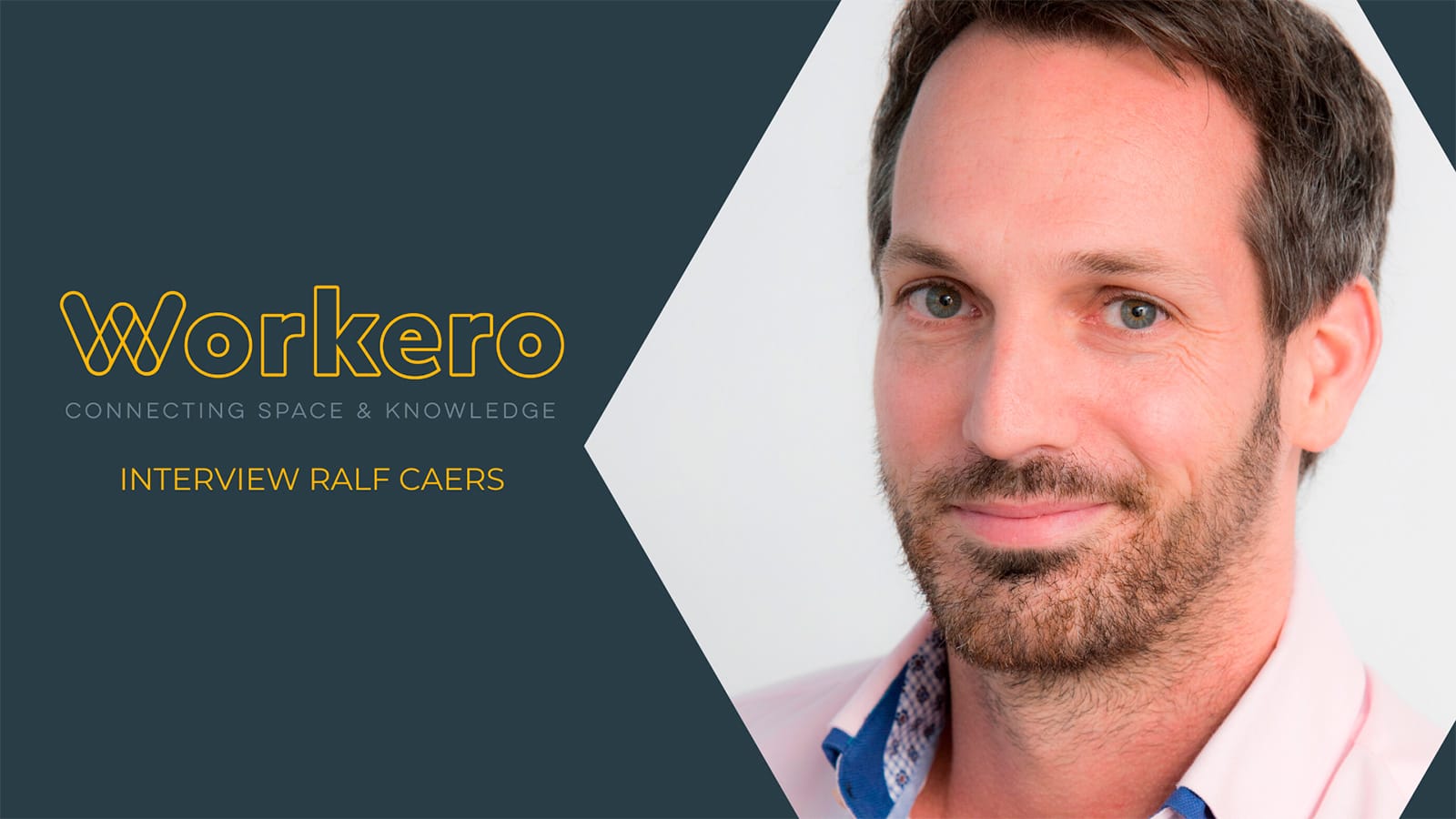 Employee health shouldn’t be a complicated matter. However, our work-life conventions have been dictating the pace for years. It’s a weekday morning, your car has been stuck between two exits on a packed motorway for 30 minutes. You’re probably already dreading your return via the same route with even more traffic, which you will have to undertake in just a few hours, to return home, maybe to pick your children up from school or to make an appointment. Worst case scenario, you may even have to continue working from home. This is an everyday reality for many people, so it comes as no surprise that more people than ever feel that their mental health has declined because of their working conditions.

A Gallup study of 7,500 full-time employees last year reported that about two-thirds of full-time workers experience burnout caused by their job and balancing their life around it. Employee burnout has become so prevalent that the World Health Organisation officially recognises it as an occupational phenomenon, and even included it in the 11th Revision of the International Classification of Diseases. 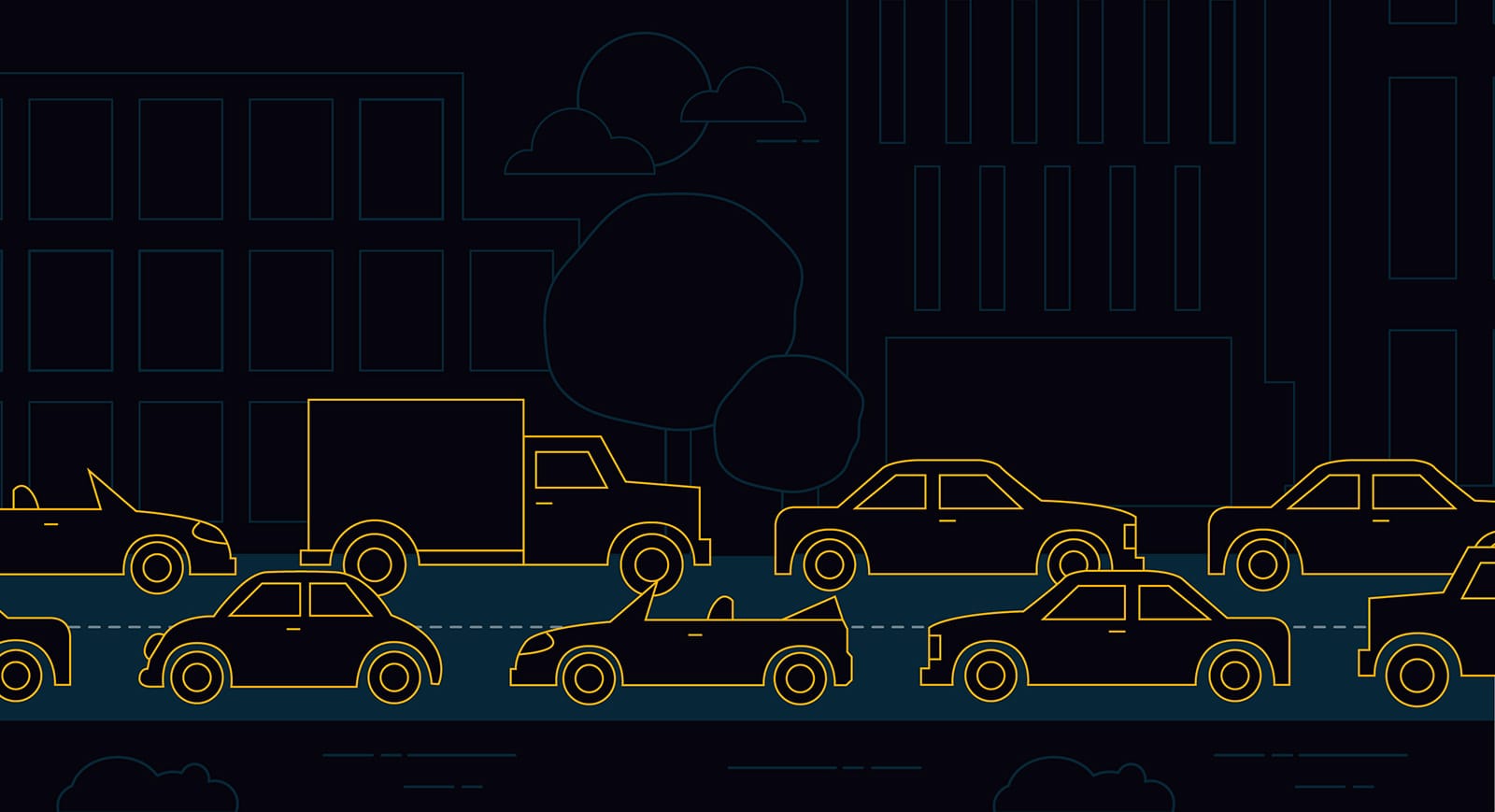 Ralf Caers, an HRM professor at KU Leuven and the co-author of ‘Aan het roer van nv Mezelf’ (‘At the head of Myself plc’), specialises in understanding employee health, burnouts and investigates what both workers and their employers can do to optimise workplace mental and physical health. He explains: “Research has shown time and time again that happier employees work better, so for people within HR departments, it is our job to make sure that people feel good at work, to in turn be more productive.”

The term burnout has become more discussed in recent years, and with its rise, millennials have taken on the role of advocates to encourage positive change. According to Staples’ Workplace Survey, millennials only spend around 67 percent of their working time in an office, highlighting that this generation is taking a step back from the traditional labour market where they are expected to work from either 8am or 9am to 7pm in an inconveniently located office, and instead are moving towards a more flexible way of working to improve their mental health.

The same survey found that 90 percent of employees believe more flexible work arrangements and schedules will increase morale at work. Even more poignant was the finding that 67 percent would consider leaving their job if the arrangements became less flexible, further proof that the ability to work away from the office is increasingly becoming an expectation, and not merely a perk.

However, working away from your usual desk is a key factor in the more commonly recognised objective of optimising work-life balance. The desire to work towards a better system to improve this balance is sought after by workers of all ages, says Ralf.

He explains: “My vision here is that, although it is often the millennials who are requesting these changes, workers from every generation are looking to improve this balance, between work and family life as well. This shift to flexible working, therefore, is something that returns in every age category, and is more dependent on the distance between home and work rather than age. If you have to commute and you lose several hours of your day stuck in the car, obviously you will get frustrated, no matter what age you are.”

In the past, employers tried to improve workplace mental health by focusing on where people work and, as a solution, allowing their employees to work from home on certain days. However, as Ralf highlights, this can at times be less productive: “Some firms believed that, when working from home, the employees would find themselves in an ideal work environment, think big windows looking over fields and green, but in reality, this is often not the case. Instead, they work at the kitchen table, and then when the kids come home it gets hectic, maybe you lose focus, or you start emptying the dishwasher instead, and very little work actually gets done.”

One solution to both problems is already being explored by some companies, especially startups and SME’s: localisation of workspaces. An example of a smaller firm moving away from big cities is Workero’s partner Xcellerate, which is ideally located in Zwevezele between Ghent and Bruges. Furthermore, as it functions as a flexible working space, employers in the surrounding cities could join this community, meaning their employees who live outside of cities can work in these spaces near their homes, avoiding traffic jams and stressful commutes thus improving employee health.

If you have to commute and you lose several hours of your day stuck in the car, obviously you will get frustrated.

If people can work closer to home, and avoid busy road networks around major cities, they are less likely to want to work from home. Employee health improves as a result. Ralf says this move away from opening offices in city centres is increasingly popular: “Because everything has become more easily accessible and most people have cars, it can be a smart move to localise your offices instead of centralising them near big cities. For example, instead of opening an office in Brussels, you would open one in Mechelen or Aalst. As a business, you can win a lot by doing this, but mainly people will be less inclined to work from home, which in turn can drive productivity.”

According to Staples’ workplace survey, almost 80% of respondents believe their employers have a responsibility to keep them mentally and physically well. In the war for talent, employers are increasingly recognising the importance of providing their employees with flexibility, in part with a focus on geography, but increasingly, there is also a shift towards time flexibility and result-based performance. 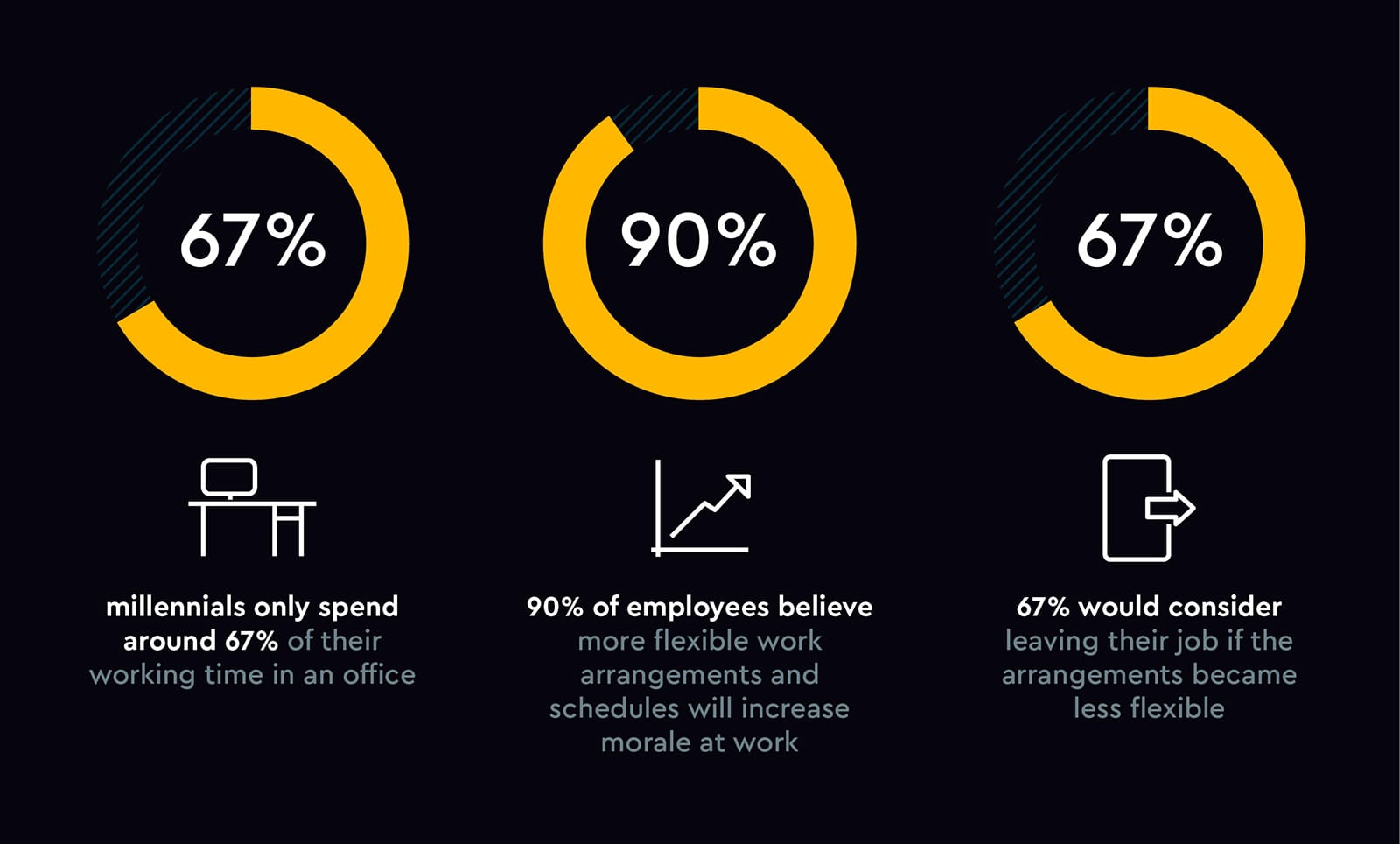 Ralf explains: “There is an even bigger shift now towards calculating someone’s performance not on the basis of the amount of time they work, but more based on the results they produce. This means that managers and CEOs are less concerned when their employees complete other tasks during working hours, with the understanding that their staff can decide independently when they prefer doing the work. So there is definitely a shift towards a more understanding mentality here.”

However, the dangers occur here when people start combining their time at work and for private life, generally called work-life integration. When explaining this, Ralf gives the following example: “Imagine you come to work at 11, because you have an appointment at the dentist at 9. Then you leave work at 3 to pick up your children, meaning you have only worked four hours in one day. Then you end up working four hours in the evening, maybe from 8 until midnight.”

Ralf highlights that studies have found that many people, when combining work and their private lives in one day, struggle to separate the two. He adds: “You end up sorting out things from your private life during working hours, and working when you should be relaxing. Research found a correlation between not finding the balance and developing burnouts, you end up thinking about work all the time, and then you eventually create this idea that you should be working all the time.”

According to Ralf, it is not just up to employers to create a healthy working environment, an important point which he also communicates in his book. He emphasises the need for employees to communicate what working schedule suits their productivity best. However, he believes the most important step to take in order to achieve an optimal work-life balance is to follow the 80 percent rule.

He explains: “In a nutshell, this means you should be able to do 100 percent of your work in 80 percent of your working time, or six out of your eight or so hours at work. We can achieve this by avoiding private life business at work. If you are able to achieve this, then you can spend those other two hours taking a longer break, talking with colleagues or really giving that one project your all. Eventually, this will result in workplace mental health stability”

When combining their work and private lives in one day, many people struggle to separate the two.

Ralf highlights that flexible workspaces such as those offered in the Workero network can help people who struggle to find this balance: “Flexible working in these ‘coworking’ spaces can be seen as a form of contextual crafting, meaning you can alter your environment and tailor it to your working needs, to in turn create a better workplace culture for yourself and to find a way to tackle stress. And often these spaces are far away from anything to do with your personal life, which is also beneficial.”

In Workero’s case, the office space is designed to tailor to every type of worker, whether you prefer joining a table of colleagues or sit in a booth alone for optimal concentration. Ralf concludes: “If you can find a work environment that suits your needs and wishes, you will start working faster and more efficiently, which in turn will make you like your job more, and I really believe in this concept.”

Join our community to experience the benefits of flexible working in Workero’s working spaces. 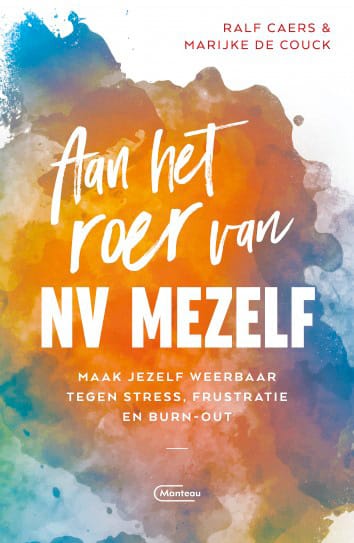 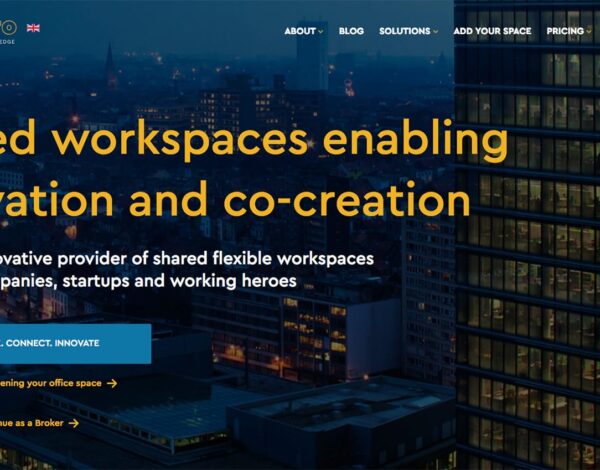 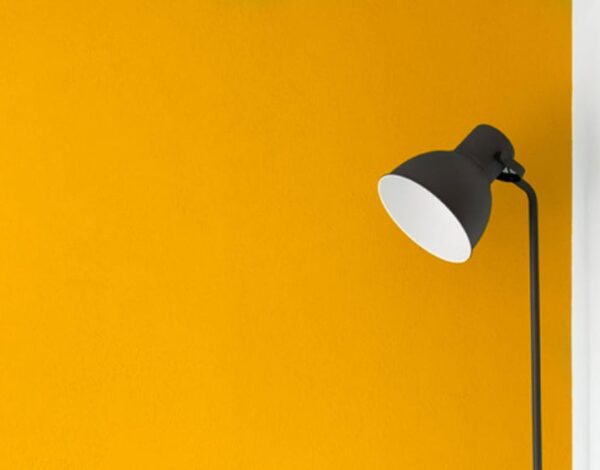 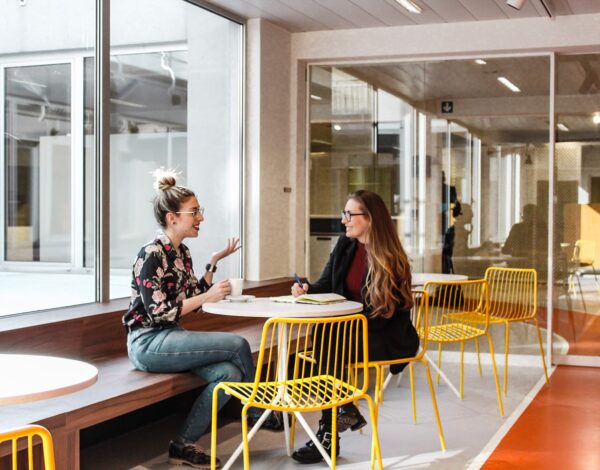