How the State of the Union Address relates to PropTech 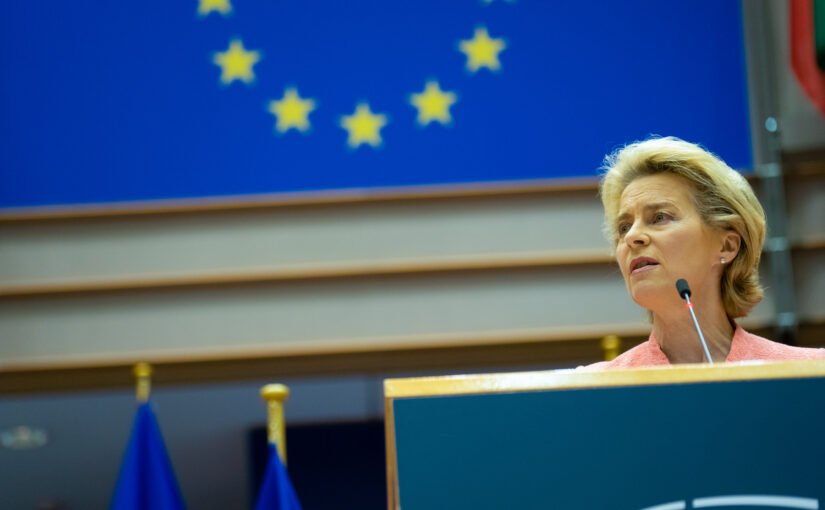 How the President of the European Union's address this year highlights the pivotal role of PropTech in attaining the Union's goals.

In her State of the Union address, delivered on September 16 at the European Parliament Plenary, President von der Leyen began by reflecting on the hardships we have faced in the previous months, mainly at the hands of the current pandemic.
However, her speech swiftly moved to focus on the lessons we have learned from this crisis, as she encouraged all states and its citizens to work together towards a common goal: Next Generation EU. She stated: “We choose to not only repair and recover for the here and now, but to shape a better way of living for the world of tomorrow.”

She continued to say that, when it comes to propelling ourselves to the world of tomorrow, ‘there is no more urgent need for acceleration than when it comes to the future of our fragile planet’.
Although the urgency of climate change and a greener future may seem less relevant during a global health crisis, President von der Leyen highlighted that, if anything, this crisis should increase our awareness of this ongoing downwards spiral. She reflected: “It brought into sharper focus the planetary fragility that we see every day through melting glaciers, burning forests and now through global pandemics.”
In order to work towards a healthier and prosperous future, fixing this must become a number one priority for all states. Here, she pointed at the European Green Deal, as ‘our blueprint to make transformation happen’, adding: “At the heart of it is our mission to become the first climate-neutral continent by 2050.”
Next Generation EU aims to build a more sustainable, resilient, and fairer Europe for the next generation in line with the European Green Deal’s decarbonisation goals. It will do so by injecting almost €1.85 trillion to boost the economy in the Eurozone, of which 37% will be spent directly on our European Green Deal objectives, and 20% will be invested in a digital Europe.

The role of PropTech in achieving this goal

It is clear that we will not reach this goal from one day to the next, and that change needs to happen at a quicker pace and involve more parties. The President reiterated: “This is our opportunity to make change happen by design [...]. To emerge stronger by creating opportunities for the world of tomorrow and not just building contingencies for the world of yesterday.”
In her address, the President announced the European Commission’s proposal to increase the 2030 target for emission reduction to at least 55%, up from the original suggestion of 40%. The State of the Union Address also touched on the effect the buildings we live and work in have on climate change. Although the general public believes cars are the first source of pollution in cities, they only account for around 16% of all gas emissions in Europe.
Real Estate, however, accounts for between 38% and 44% (depending on the source) of air pollution. Buildings in themselves also account for 40% of the overall energy consumption. On top of this, the construction industry consumes tons of energy and mineral resources every year.
This means that any progress made in green Real Estate will have three times the effect of reducing car gas emissions. The PropTech industry has the knowledge, know-how, and potential to help cut emissions on a large scale, and is making great strides in the right direction.
PropTech is already working hard to meet the existing 2030 climate and energy targets and can add 1% of GDP, boosting economic growth, whilst creating almost 1 million new green jobs.
Currently, the European Commission has defined the annual renovation rate of the building stock to vary from 0.4 to 1.2% in the EU Member States. To successfully reach the EU’s energy efficiency and climate objectives and to move towards a greener future is to at least double this percentage. Therefore, new technologies and increased digitalisation are needed, which are increasingly being provided by PropTech solutions.

How the Green Deal positively impacts the growth of PropTech

Although PropTech will clearly play an important role in making the necessary changes happen at the rate that is needed to achieve the goals of the European Green Deal, this set of policy initiatives, that will be driven by Next Generation EU, can also benefit the PropTech industry.
In the future, public investments in the recovery will focus on respecting the green oath to limit the damage to global warming and the planet. This means that the investment guidelines for the new Solvency Support Instrument will also reflect the need to prioritise green investments, of which many will be developed by PropTech businesses.
A fourth of the EU budget will be spent on climate investments and additional funding for Horizon Europe, reflecting the crucial role of research and innovation in driving the shift towards a clean, circular, competitive, and climate neutral economy. Furthermore, there will be an increase in upcoming proposals for more ambitious emissions reduction targets for 2030.
This will be supported with a Renewed Sustainable Finance Strategy later this year. Both these elements will benefit an industry that is, at large, working towards finding solutions to build on a greener future.
The upcoming Renovation Wave, which the President mentioned in her speech, will focus on creating jobs in construction, renovation, and other labour-intensive industries to turn this industry into a carbon sink. Many of these jobs will be created in the PropTech sector, as these work towards greener alternatives.
Finally, the sustainable infrastructure window in InvestEU will double, with the aim to double the annual renovation rate of the existing building stock, as mentioned previously. This investment will focus on unlocking investment in clean technologies and value chains, notably through additional funding: Horizon Europe, ERDF, Recovery Plan, EIB, Digital Europe, and ESF.