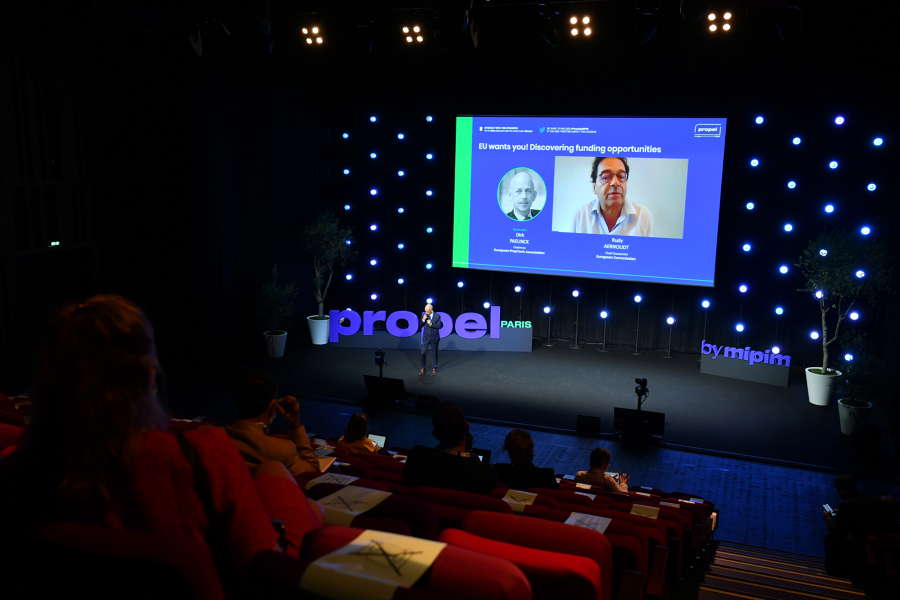 A recap of what our chairman Dirk Paelinck discussed during his opening keynote address at Propel by MIPIM in Paris, alongside Prof. Rudy Aernoudt.

On September 15, our CEO Dirk Paelinck delivered the opening keynote address at Propel by MIPIM in Paris, alongside Prof. Rudy Aernoudt, Chief Economist of the European Commission.
They discussed several poignant topics within this industry, from how the European Commission will be financing the next PropTech unicorns, to the unique cooperation with the European Space Agency, the Green Deal, and the future of PropTech in Europe.
Propel by MIPIM is Europe’s leading PropTech event on innovation and digitisation in the real estate industry and brings together PropTechs, industry experts, business and technology leaders, investors, and politicians to discuss the future of real estate.

Why is PropTech a priority?

Compared with other major industries (look at finance and FinTech), Real Estate is still a largely undigitised industry, especially in the EU.
Data and technology within this field are driving new needs from the perspective of end-users, as macroeconomic trends are increasingly putting pressure on returns and efficiency.
Meanwhile, external forces, from climate change regulation to a rise in urban development and aging populations are adding more strain to the industry.
Within the industry, a technological revolution took place, resulting in more complex projects with increasing complexity in regulation and tax introducing a wider range of risk and return, including the integration of blockchain, IoT, Big data & AI to drive investment decision-making and innovate the creation of designs.
All these technologies will allow Real Estate to revolutionise and keep up with the change in how people live and work. This technological revolution has been driven by PropTech.

Preparing for the future

According to a KPMG report from 2019, 87% of the PropTech respondents to the survey believe that the real estate companies they work with will increase spending on PropTech solutions in the next 12 months. Within the industry, there are currently 4 key trends: real-time asset performance data, building optimisation, transactions, and customer data.
65% of companies are adopting PropTech solutions to improve efficiency, reduce costs, and drive more efficient decision-making.
However, according to most PropTech companies, they are still being held back by several factors, including an unclear ROI, lack of specialists to implement the strategy, and inappropriate in-house talent.

However, as these technologies become more relevant and necessary, the funding and aid available for companies within this industry are growing.
Firstly, there is the creation of the European PropTech Association, co-created and chaired by Dirk Paelinck, which is a Non-profit alliance that brings together all the national/area PropTech associations in Europe. Its mission is to support a sustainable European PropTech market which creates a positive impact for all country/area PropTech hubs. 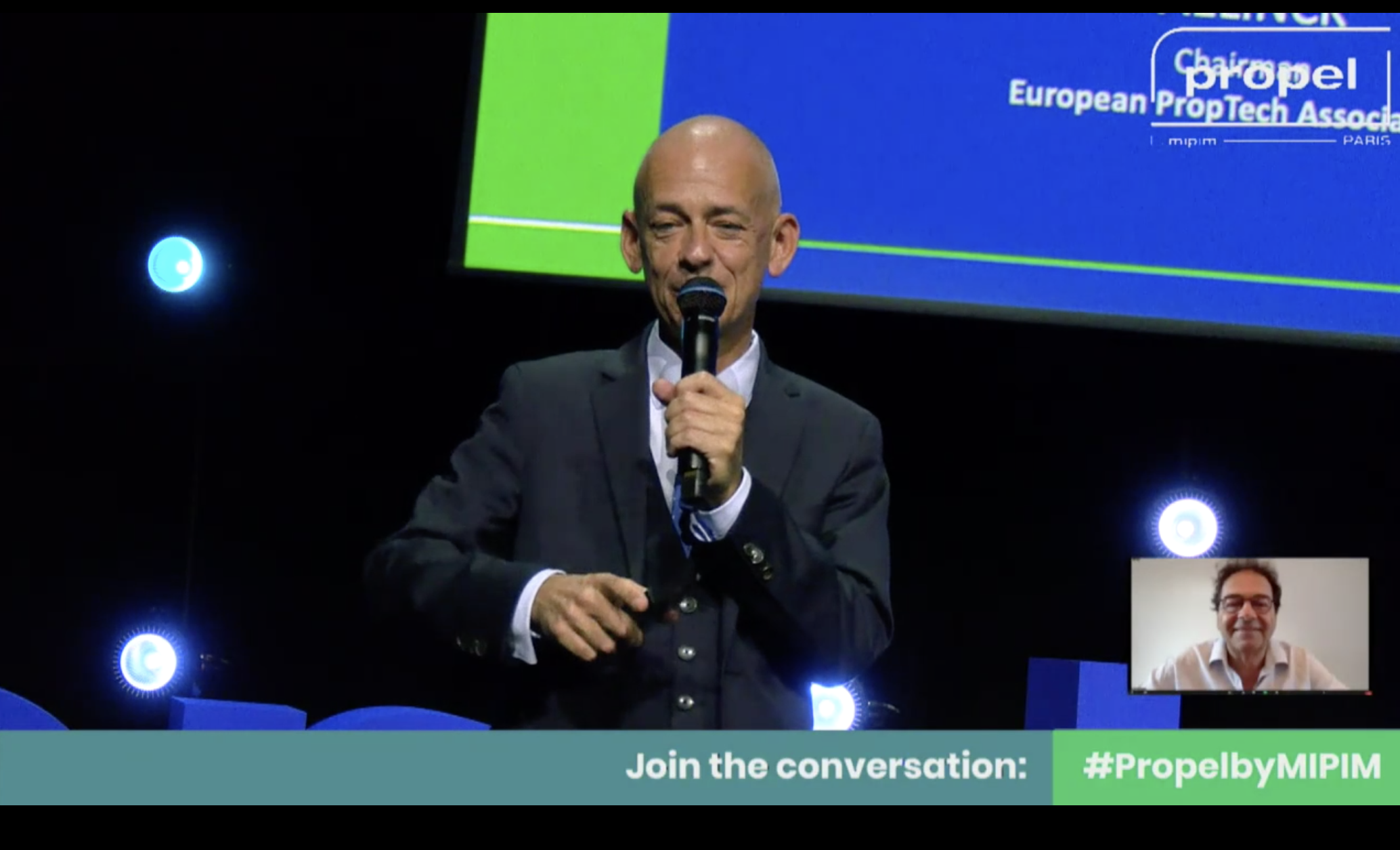 It aims to do so by standardising the fragmented EU PropTech market, creating a legal framework adapted to PropTech in Europe, promoting contacts at EU level and cross-border collaboration, and much more.
The European PropTech Association also organises the PropTech StartUp and ScaleUp Europe Awards, which are fully supported and promoted by the European Commission, the President of the European Parliament, the President of the Committee of the Regions, the Vice-President of the European Economic and Social Committee and several members from the European Parliament, and are fuelled by Finnova.
The winner of these awards, Wondrwall Group, will receive a prize award of €10,000 in services, receive coaching, support and advice to apply for funding programs such as Horizon 2020, access to workspace, and recognition on a European level, including access to top investors.
Finally, it also facilitates access to EU funding/subsidies with the help of its partner Finnova.

An increase in Funding and Programs for PropTech


Another project that has been launched by EU in support of PropTech businesses is ESCALAR: which will double the investment in EU-based PropTechs through financial guarantees by the European Investment Bank.
The aim of this project is to build a more sustainable, resilient, and fairer Europe for the next generation in line with the European Green Deal’s decarbonisation goals. As part of this deal, €1.85 trillion will be injected to boost the economy in the Eurozone, of which 25% of the EU budget will be spent on climate investments and additional funding for Horizon Europe.
Apart from creating thousands of new jobs, PropTech also works toward meeting the existing 2030 climate and energy targets and can add 1% of GDP and create almost 1 million new green jobs. This amount of funding will help PropTech businesses focus on unlocking investment in clean technologies and value chains, notably through additional funding: Horizon Europe ERDF, Recovery Plan, EIB, Digital Europe, ESF.
The association has also launched a partnership with the European space agency for its “PropTech” Kick-Start program, which offers support and funding to PropTech companies capable of integrating into their concepts the technologies developed within the framework of the European Space Agency.
The PropTech Kick-Start focuses on three key elements: Shared Economy, Investment Management and Marketing, Insurance and Urban Planning and ConTech and Smart Buildings.
All these projects highlight that the importance of PropTech is increasingly being recognised on a European level.

This support in European PropTech is predicted to continue growing in the following years. According to a study conducted by PropTech Lab, Venturescanner, and ComputerEconomics, US$185 billion will be deployed in PropTech between 2019 and 2025, in comparison to US$63 billion between 2011 and 2018   (2024 and 2025 show decrease because these forecasts are not yet confirmed). 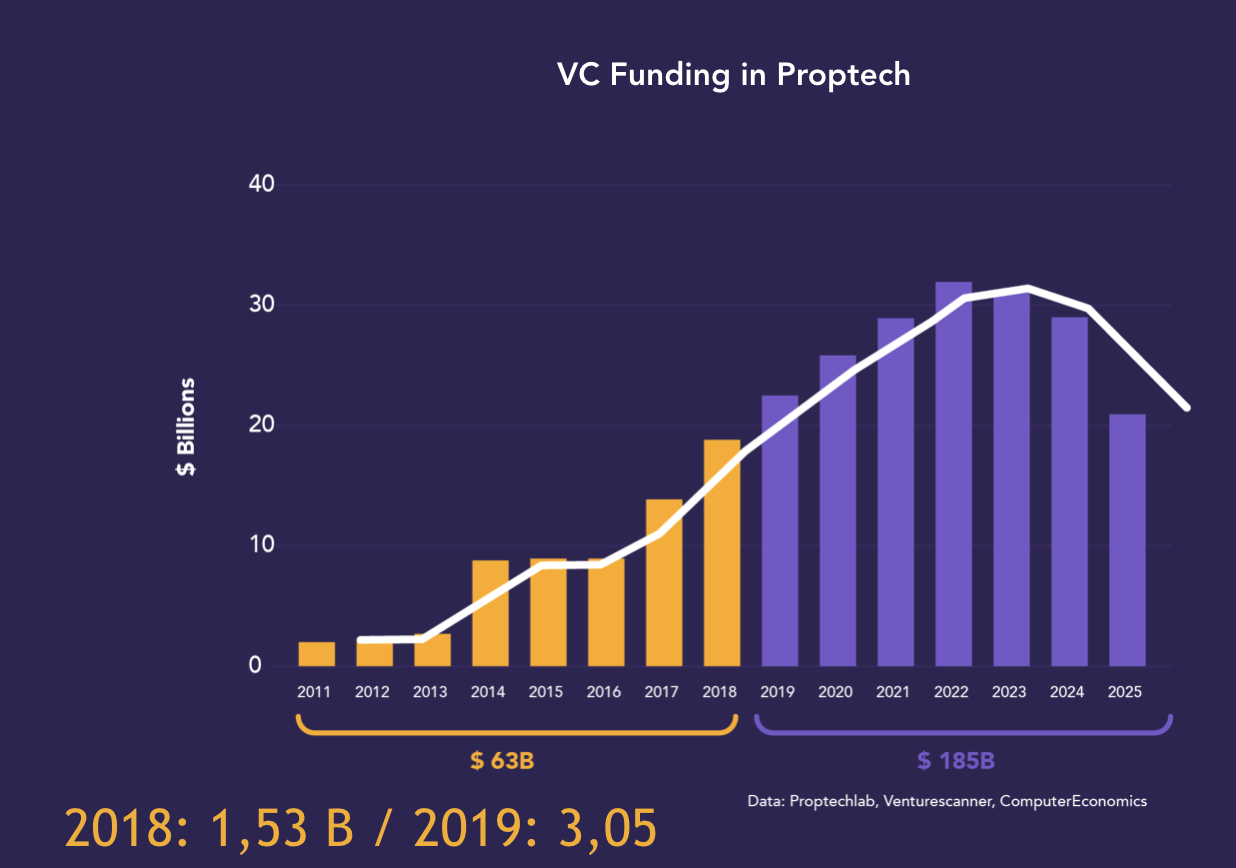 From 2018 to 2019 alone, the investment almost doubled from US$1.53 billion to US$3.05 billion.
A recent Deloitte report stated that, although it is a relatively young field, PropTech startups have already raised over US$43 billion in funding worldwide since 2012, and in 2018 alone there was an 82% increase from the year before.
The same report stated that, to emphasise the current size of this developing ecosystem, PropTech’s position on the market now is that of FinTech seven years ago, and that it is still in the early stages of development. It concluded that, given FinTech’s growth of 44.8% (CAGR) since then, the prospects for PropTech are strong.
This trend is expected to continue as companies are consistently improving the readiness of their infrastructure and their agile disaster recovery tools. Furthermore, corporates with cash will invest even more as valuations decrease in some cases, and current investors will not let their current invested Startups/Scale-ups fail.
Even as many businesses and industries are struggling as a result of this year’s COVID-19 crisis, PropTech continues to thrive, as this crisis has accelerated the need for PropTech solutions and exponential growth of the PropTech market.
When it comes to finding solutions for this crisis and for working towards a better future, PropTech will remain a prosperous and successful industry for the following reasons: