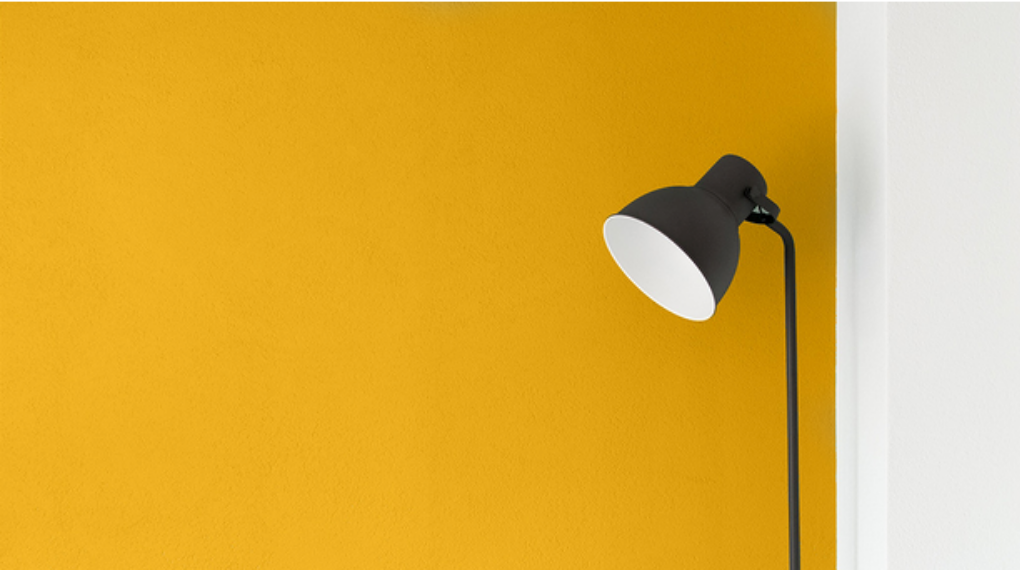 Stranger times turn into stranger times. Just as we’re getting used to hybrid work and rotating teams at the office, another curveball has been thrown our way.
This time, the upward-climbing curve is that of electricity prices, and experts say this curve will probably only be flattened in two years’ time when we’ve shifted over to more sustainable energy sources.
Gerard Reid and Laurent Segalan, the two co-hosts at the helm of the award-winning bi-monthly podcast on the Energy Transition, Redefining Energy, predict that the next six to nine months are going to be particularly severe in terms of rising prices.
Gas prices, moreover, will never be as cheap as they were before the current crisis. In this sense, the curve will never truly be flattened.
In response to the record-high energy prices, governments are seeking to implement measures to limit the severity of its impact on citizens. In their private capacity, people are turning down their thermostats and those who can afford it, are investigating alternative and more sustainable sources of energy, such as solar panels and heat pumps.
Unfortunately, the repercussions of skyrocketing energy prices are not limited to the private sphere. Industry and office spaces are also being affected.

The effect of high energy prices on office use isn’t minimal, either. Offices and non-residential buildings use more energy than residential buildings (up to a whopping 40% more, according to the European Commission), and they are not retrofitted for energy-use optimisation.
Dirk Paelinck, Chairman of the European PropTech Association says that most office buildings in use today are not energy efficient. European Commissioner for Energy, Kadri Simson, confirms this and states that “... most buildings in the EU are not energy efficient and are still mostly powered by fossil fuels.”
The fact that the vast majority of office buildings are still energy-inefficient, combined with the higher than average energy use in these buildings, means that energy bills for these spaces will be staggering.
That leaves the question: between tenants and landlords, who is going to foot the bill? 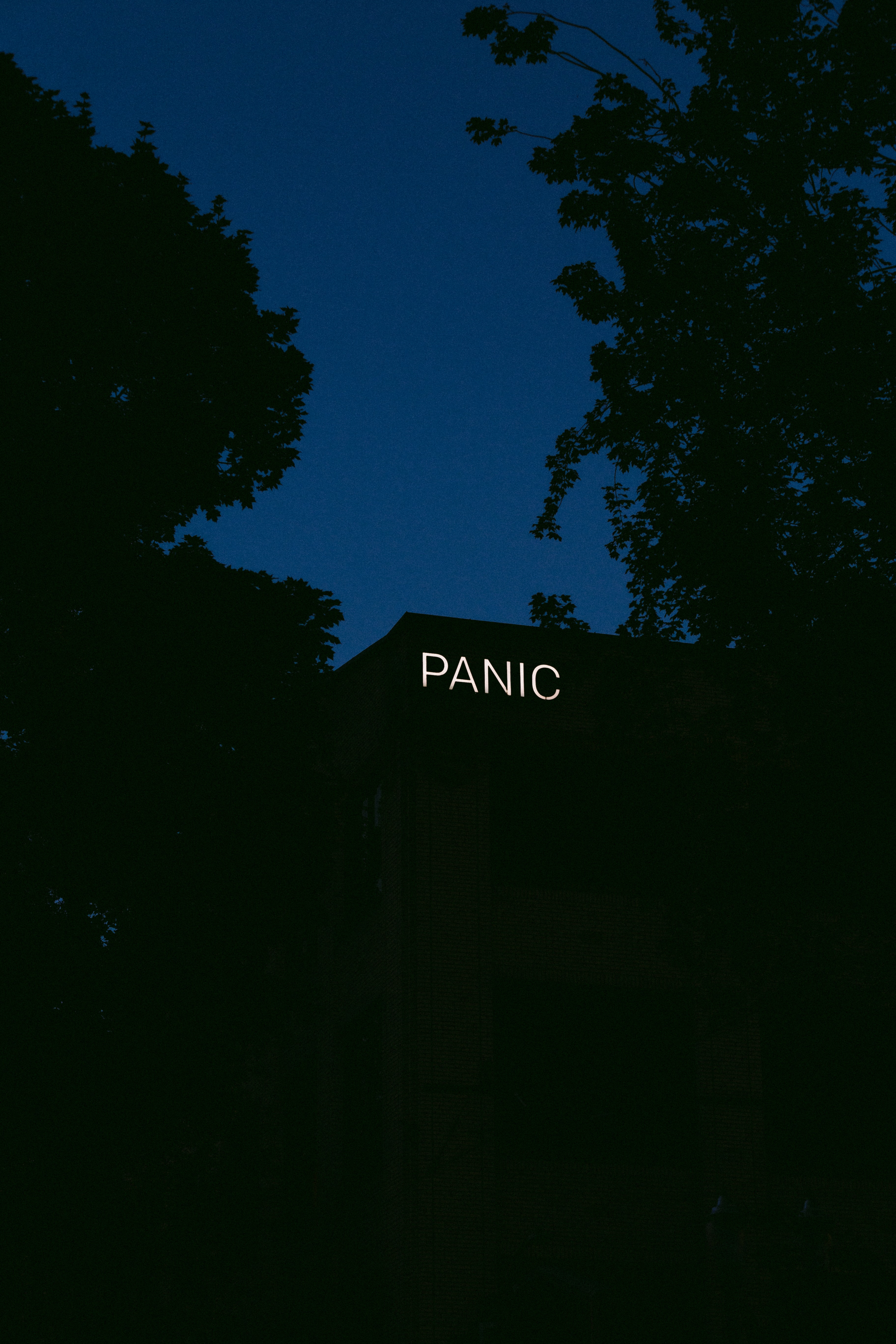 Photo by Josh Hild on Unsplash

Usually, within an office building, each tenant is submetered and is billed for the energy they use in the space that they’re renting. The bill for heating common areas is normally shared between buildings tenants and the landlord.
In response to the current price crisis, the International Energy Agency (IEA) has proposed a 10-point plan to the European Union on how to move Europe away from (more expensive) Russian-sourced natural gas.
While the IEA suggestions are primarily focused on the supply side of energy, they also provide several suggestions to the end-users of energy, such as replacing gas boilers with heat pumps, retrofitting old buildings for energy efficiency (by incorporating smart thermostats and insulation), and simply turning the thermostat down by one degree (currently, the average building in Europe is heated to above 22 degrees).
While tenants can turn down the thermostat, there isn’t much else they can do. They cannot change the HVAC system or retrofit the building where they are renting space. And even if tenants turned down the thermostat, this could negatively affect employees working in these offices (for example, feeling cold is linked to lower productivity).
Since landlords do not suffer directly from rising energy prices (at face value), they won’t be motivated to pay for building improvements. This essentially means that tenants will be carrying the majority of the costs relating to rising energy bills.
This is what is called the landlord-tenant dilemma.
It’s a clash between large Capital Expenditures (CAPEX), that would improve the building’s energy efficiency, and day-to-day Operational Expenditures (OPEX), that tenants will have to pay in the form of energy bills. Normally, it’s already an exercise of biting the bullet when it comes to investing capital into something like, say, improving one’s own home. But at least when it is one’s own home or building, one starts to benefit from these improvements immediately, even if it’s only over a long time. However, when one has to invest large amounts of money to improve the OPEX of someone else, it doesn’t seem all that enticing… 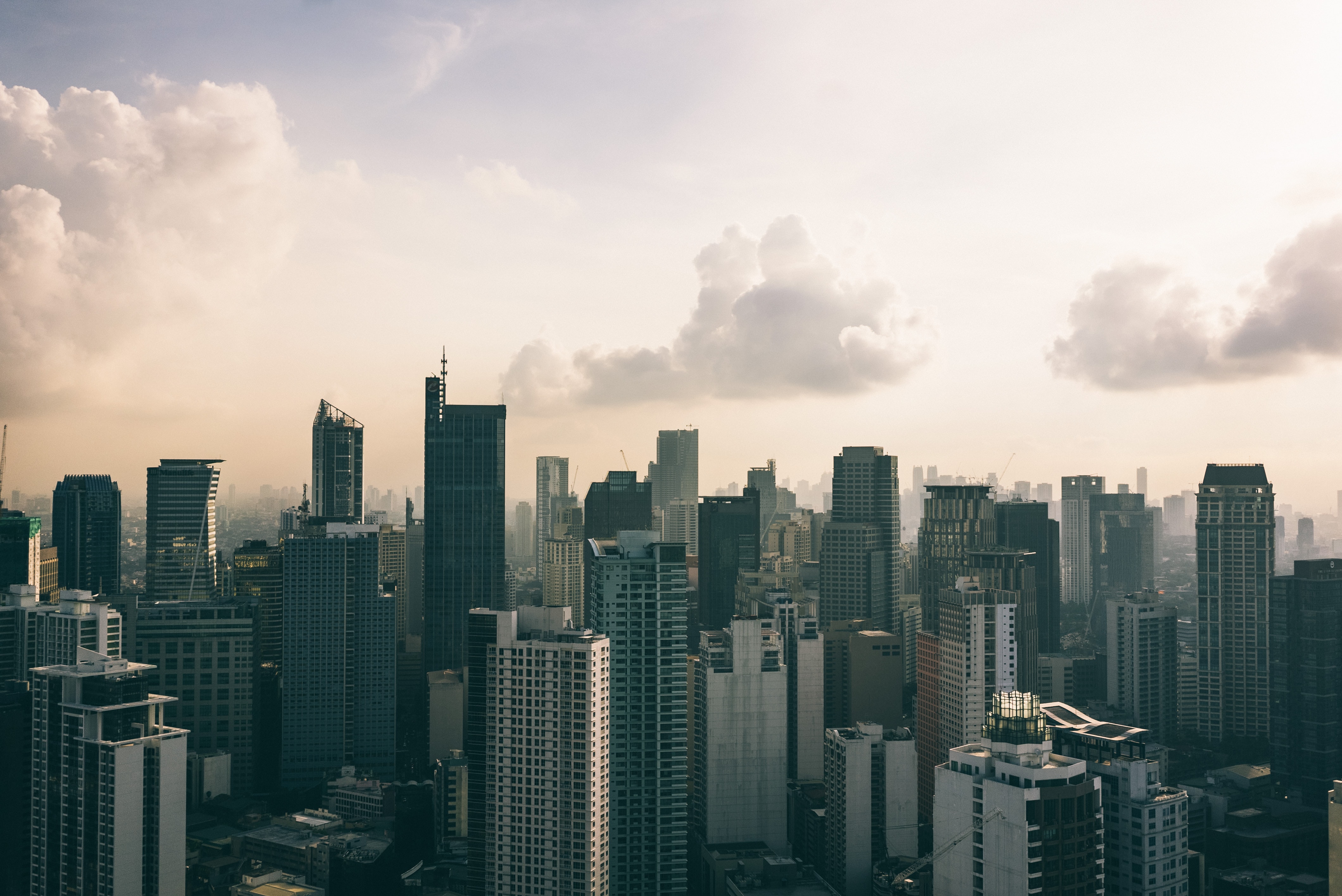 Photo by JC Gellidon on Unsplash

In the short term, therefore, it seems that tenants will have to carry the costs.
Luckily for tenants, however, this is not the end of the story. Landlords are not entirely indifferent to improving office buildings’ energy efficiency. In fact, there are several incentives that will spur building owners on into adapting more energy-efficient HVAC systems, installing solar panels and heat pumps, using sensors to determine whether certain spaces are being used or not, making use of building energy management systems, and insulating and retrofitting their buildings to be energy-efficient. 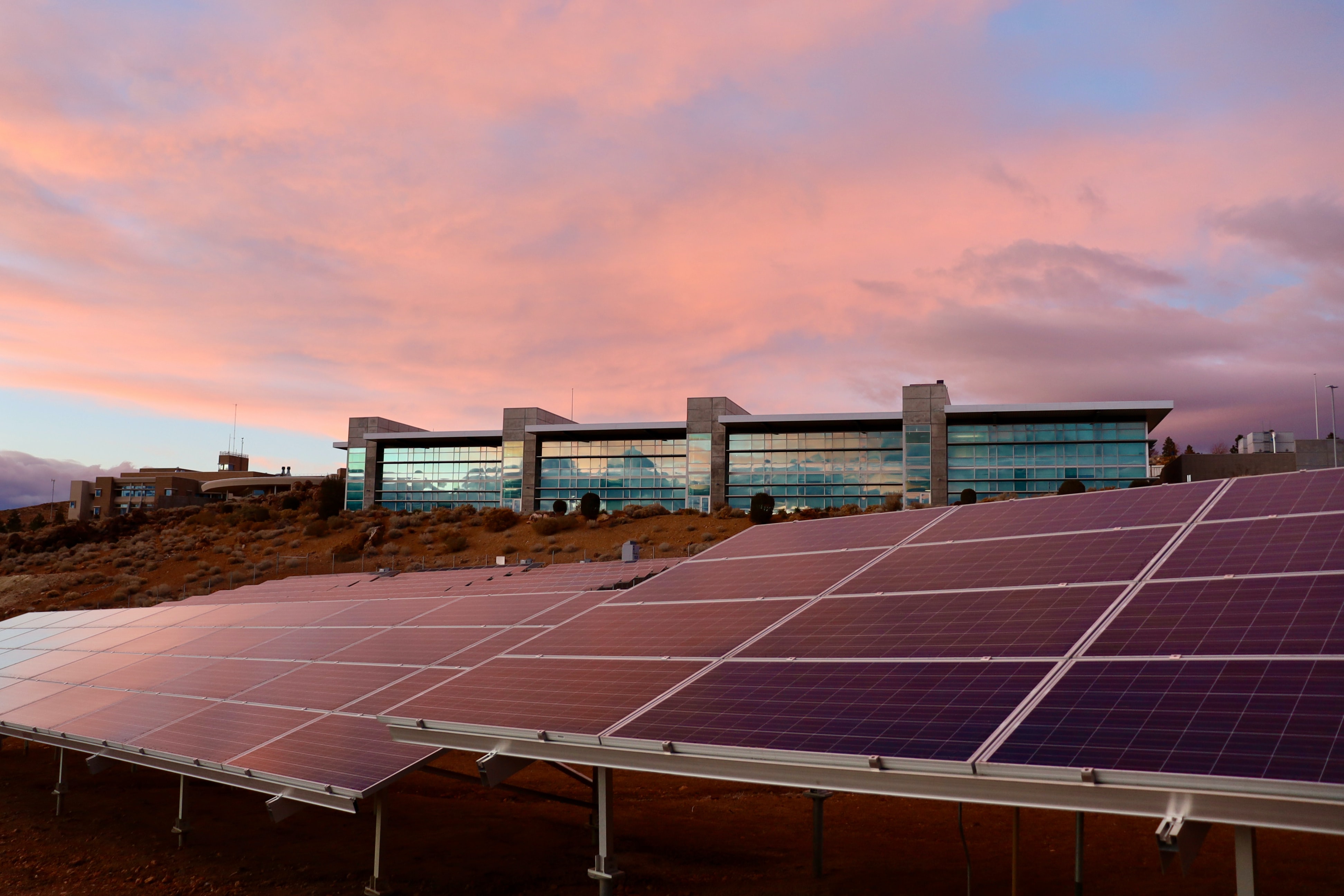 Photo by Manny Becerra on Unsplash

Incentives or reasons why landlords need to make their buildings energy-efficient include (but are not limited to):

If one takes a portfolio approach to real estate, a building loses a lot of its value if it isn’t retrofitted to meet net-zero demands. Energy-heavy buildings are becoming increasingly undesirable among investors, and are often subject to “brown discount” when put up for sale. The Joint Research Center (JRC), an institution of the European Commission, holds that “energy efficiency is becoming increasingly important to determine the value of real estate. The determining factor is how well-known the governmental energy performance labels and certificates are.” The EIA reports the same in their comprehensive report on asset values, and so does The Economist Intelligence Unit in their report: retrofitting a building guards against asset depreciation.

Finally, landlords are affected indirectly by rising energy prices. As high energy prices put increasing pressure on tenants (in combination with the recent recession due to Covid-19) businesses will be put under pressure and tenants may start defaulting on rent or will be unable to renew their contracts. High energy prices ultimately affect everyone.
There are thus several compelling reasons for landlords or building owners to retrofit their buildings. Ultimately, both the push and pull of the market will work together to force landlords to switch over to sustainable fuel sources and make their buildings emission-free. 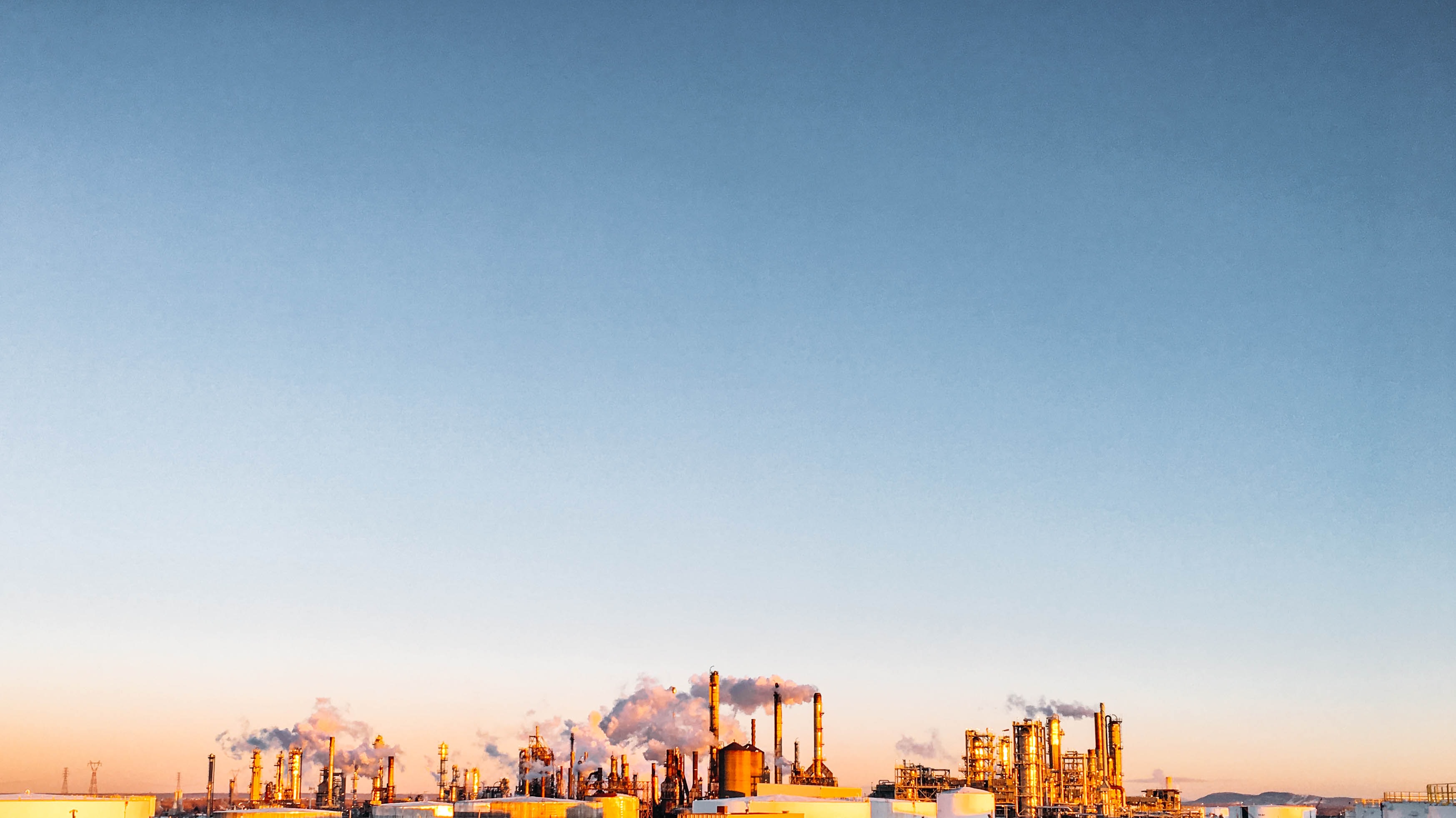 Photo by Chris Liverani on Unsplash

In the meantime, however, what can tenants do to decrease the pressure of higher energy prices?
We take a realistic approach and suggest the following options:

Work with your landlord

What can be done in the meantime is that tenants can (and should) request information about their building’s energy efficiency (the Energy Performance Certificate) and/or ask their landlord how well the building is complying with Environmental, Social, and Governance (ESG) standards. It is also a good idea to enter into a discussion with the building owner, along with other tenants in the building (if applicable) to see whether the building owner could implement immediate energy-saving measures in the building (such as sensors) and to find ways for tenants to reduce energy use.

If you can weather the storm and carry your electricity costs, a change in perspective might help you swallow the bitter pill that is your energy bill. View your space as an investment in innovation, collaboration, team cohesiveness, and your company culture. Research has shown that when people work together in the same space, such as the office, they tend to collaborate and innovate more. If you want to take the extra step further, you can even open an innovation ecosystem around your company and invite other companies or players into your space in order to boost innovation. 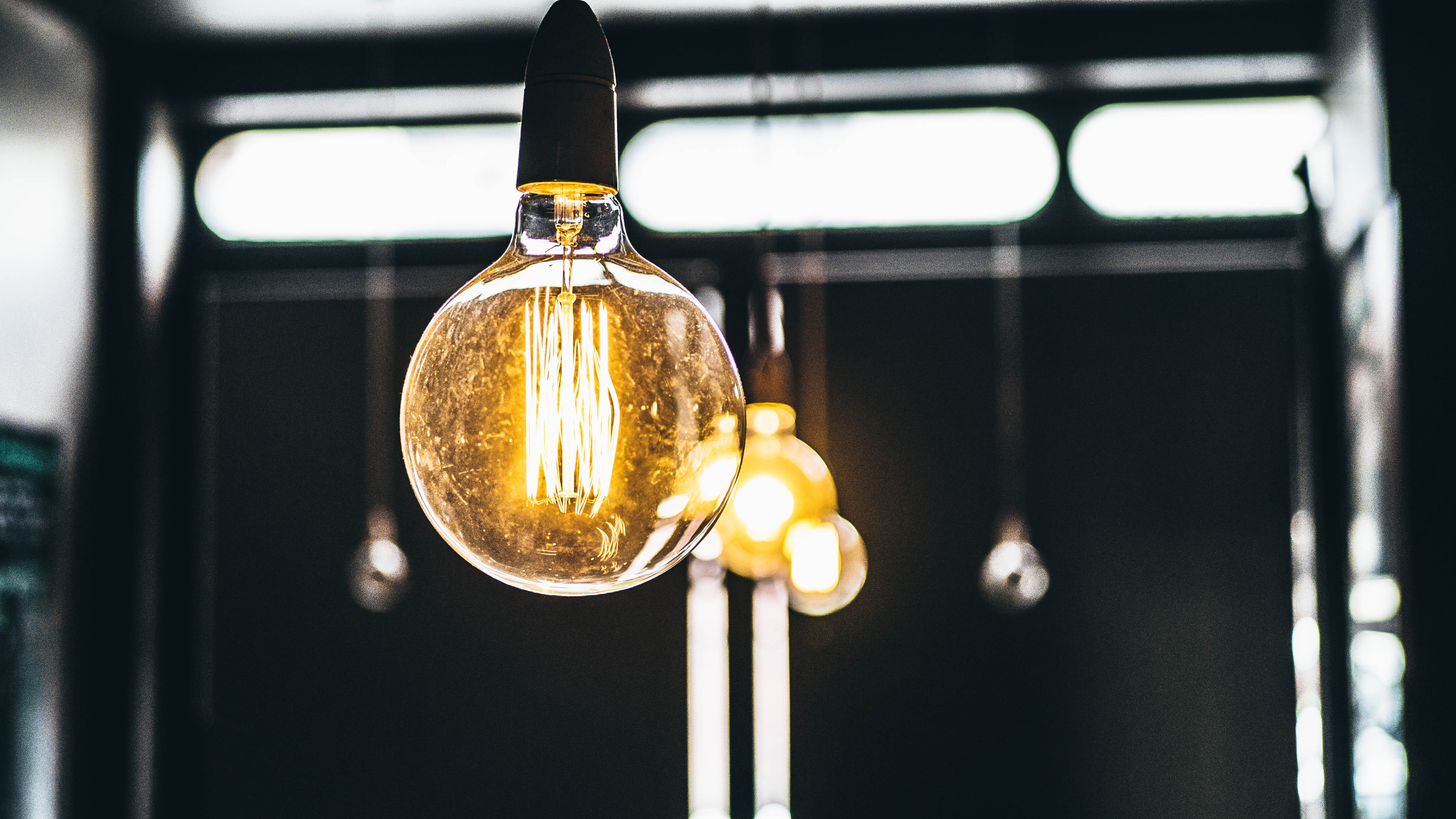 Photo by Anthony Indraus on Unsplash

The fact that this crisis is following so soon on the heels of another, makes it particularly tough for businesses that do not have a lot of reserves to cushion them against financial hardship. This is the harsh reality of the short term.
In the long term, flexibility - although an often-used buzzword - is becoming a necessity for both tenants and landlords. Tenants should seek more flexible leases, while landlords or building owners will need to start thinking about adapting what they offer accordingly and making buildings enticing for tenants (space as a service). There is thus hope that a more flexible approach to office space, in combination with making buildings net-zero, will mean a better and equitable world for everyone.